In its current state, the palace, site of the Alma Mater Ticinensis foundation, is the result of four distinct renovation interventions. The first of these interventions began only in 2007, yet in this brief period of time one of the most beautiful parts of the palace has been transformed, after having been abandoned for 30 years.

The palace was in a very poor state before the restoration. It was therefore necessary to intervene in a way that was sensitive to the characteristics of the decorations, with the aim of restoring all the rooms to their unique and complete original appearances. Today the Vistarino palace can live again, as a work venue and a cultural and educational centre.

The restoration of the Vistarino palace has not yet been completed. The following parts still need to be restored: the chapel, which is (a fine example from the eighteenth century), five of the rooms on the ground floor containing the most important decorations, as well as the open gallery and the staircase facing the park, the stables, the park itself, and the viewpoint over the river.

The restoration of the Bellisomi-Vistarino palace has been financed by the ‘Fondazione Banca del Monte della Lombardia’, a co-founder, with the University, of the Alma Mater TicinensisFoundation. 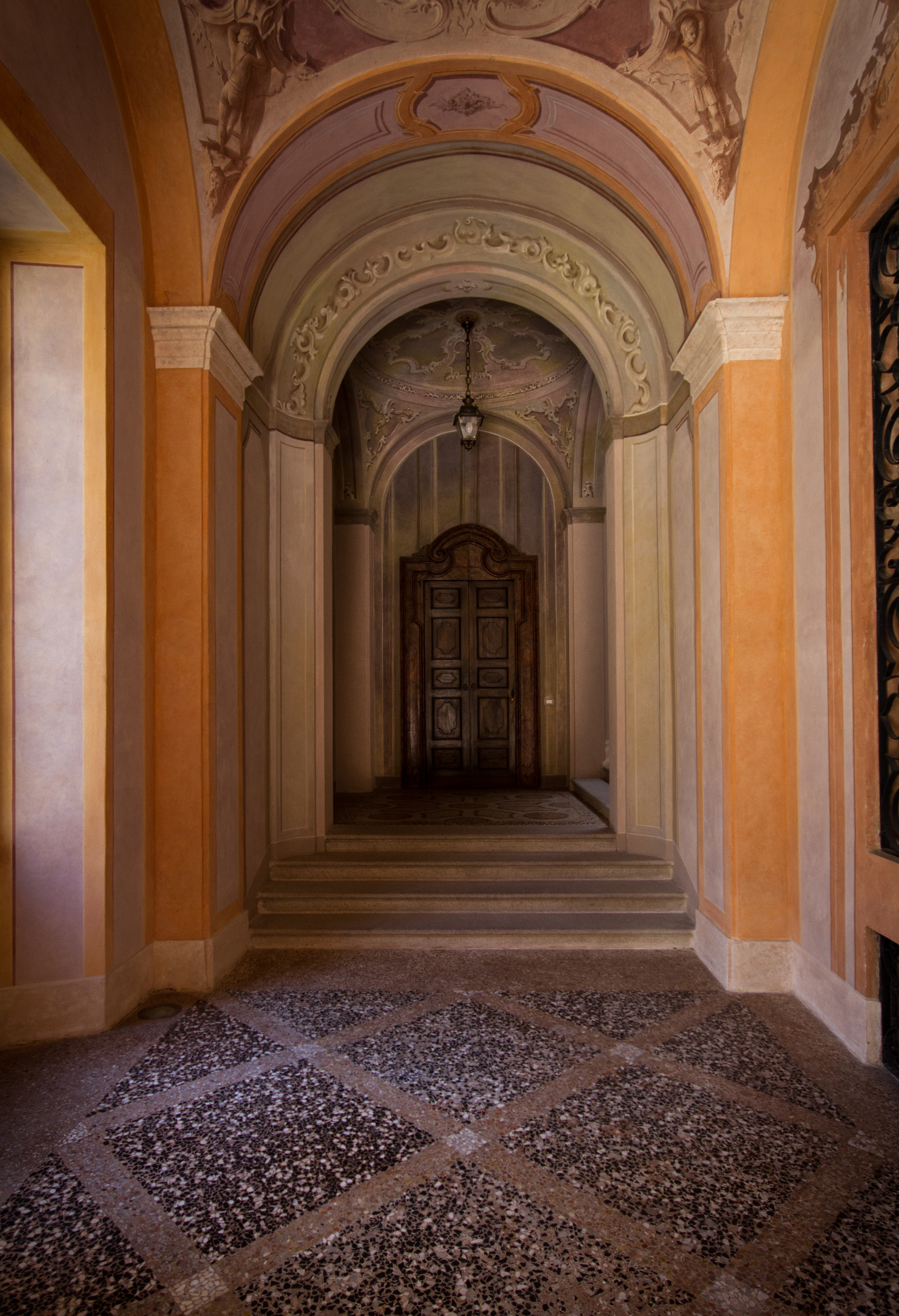