How to get to Pavia

Pavia is easily accessible by any means. It is only 35km from Milan, just off the railway and motorway joining Milan and Genoa. You can get there directly by train, or by taking the Milan-Genoa motorway exit labelled ‘Pavia’.

By Plane
FROM MILANO LINATE AIRPORT
Travellers arriving at Linate Airport can:
– take the ATM urban bus line 73 (departures every 10-15 minutes, every day) to San Babila, then by the underground MM1 (change at Loreto stop) and MM2 reach the Central Railway Station;  fare: 1,50 euro one way, luggage ticket costs 1,50 euro.
– take the ATM Linate Air bus to Milan Central Station (timetable), the journey takes about 25 minutes; fare: 5 euros one way;
and then take a train to Pavia. The train timetable is available on the Trenitalia website; train fare: 4 euro one way;
– take a taxi from the airport to Pavia (the run costs approximately 100 euros).

FROM MILANO MALPENSA AIRPORT
Travellers arriving at Malpensa airport can easily reach the centre of Milan:
– by train, using the MalpensaExpress Shuttle to Milan Central Station (22 daily trips; the journey takes about 30 minutes; fare 12,00 euros). Then take a railway connection to Pavia. The train timetable and prices are available on the Trenitalia website.
– by bus, using the Airport bus express between Malpensa Airport and Milan City Centre. Service frequency is every 20 minutes during the day. The journey takes about 50 minutes; ticket fare: 8,00 euros one way.
and then take a train to Pavia. The train timetable is available on the Trenitalia website; train fare: 4 euro one way;
– take a taxi from the airport to Pavia (the run costs approximately 150 euros).

By Train
The railway station of Pavia is serviced by regional, inter-regional, Intercity and Eurocity trains of Trenitalia as well as the suburban line S13 of Trenord. The journey from Milan Central Station takes about 30 minutes; fares from 4,00 euros (for regional and inter-regional trains) up to 8,50 euros (for intercity trains). Once you get to Pavia train station, you can get to the Vistarino Palace in about 20 minutes on foot. It is located in the middle of the historical centre, in a limited traffic area. You can also get there by taxi. Times can be found on the Trenitalia and Trenord websites. (Remember to take line S13 if you choose to take a Trenord train.).

The Vistarino Palace is in the heart of the city, in a limited traffic area. It is accessible from the Lungoticino Sforza river (where it is possible to park) and from Berengario square. | Map of the city of Pavia > 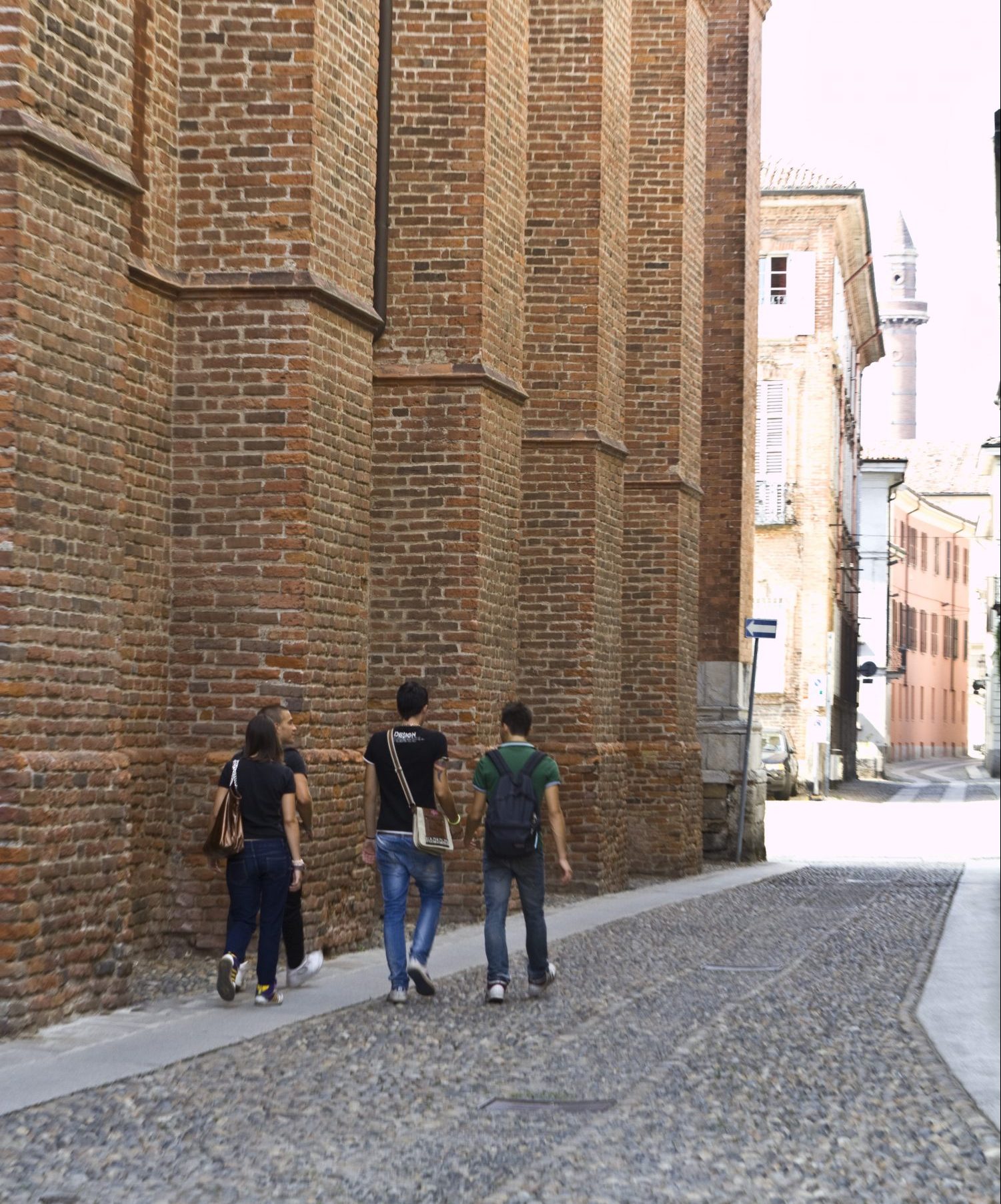